Zagoriwood goes Balkan!
Zagoriwood, the well-established Film Workshops and Festival, taking place every summer on the mountains of Epirus in Greece for the last 12 years, is ready to take its next step. This year's organization will spread out during a fortnight, from the 8th to the 24 of July. Zagori Planet.

This year, on the 17th of July, Zagoriwood introduces the Zagori Planet. Bringing together all Balkan countries, with their rich filmography and their diverse, yet connected, environmental struggles, Zagoriwood aspires to create a space for sharing films, ideas and discussions and for fostering connections between the neighboring countries.

The one-day festival will feature short films, in the caterogies of fiction, documentary, animation and visual arts, touching upon the topics of the environment, ecology and the fascinating relationship between humans, non-humans and the planet. The call is open to films created by a Balkan filmmaker or produced in a Balkan country, up to 20 minutes long, produced after 2020. The films will compete for two awards, Best Film and Audience Award. Selected finalists will be offered accommodation and subsistence in Zagori, in order to attend the festival in person.

Paving the way, from theory to practice. Click for more info.

From the Idea, to the Film

In workshop No.1, "From the Idea, to the Film" everything begins with a word and goes on an amazing cinematic journey. Click for more indo.

This workshop's purpose is to familiarise the participating actors with the peculiarities of acting for cinema. Click for more info.

I had never experienced anything like Zagoriwood. I cannot wait to come back!

Director, Professor at the University of Central Lancashire

"It was at Zagoriwood where I watched my film "The Enemy Within" in front of an audience for the first time. It was truly an amazing night."

I was witnessing, amazed, the excitement with which some students made their first steps into filmmaking. I felt nostalgic for my own first steps, I was envious of their passion and innocence.

So many people, teachers and students, work together and simultaneously in beautiful Zagoria. One experience, one company, just like cinema!

Zagoriwood was the embodiment of free-spirited teamwork and showed us how a filmmaking workshop can work in the best and most natural way.

A bunch of mad teachers and students gather each summer at Zagoriwood because they believe that cinema cannot only be taught in a classroom.

Smiles, peace and an intense sense of creativity and love for cinema. 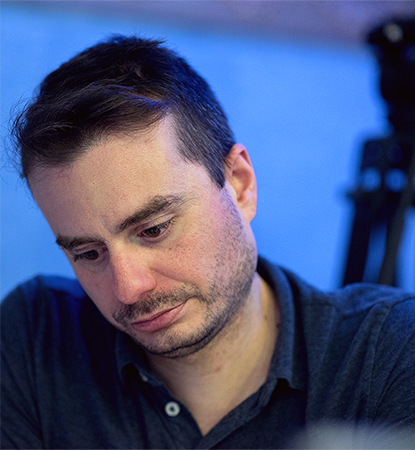 Architecture was his first love, but now cinema has become more than a hobby.

Born in 1995 and an English teacher. Has an on and off affair with cinema, through seminars, festivals and film theory.

film critic/ behind the scenes

Born in Athens in 1994. Cannot remember a time when he wasn't wathing films and listening to music, with the necessary breaks, of course. 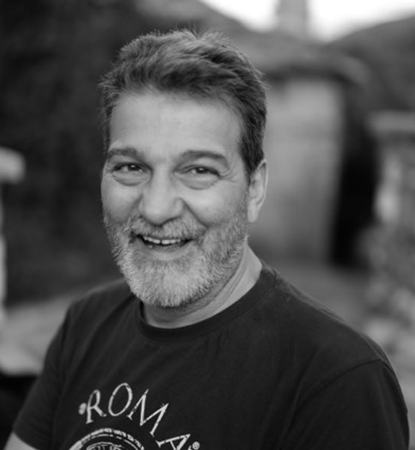 Screenwriter and actor. He has studied in the Pelou Katseli School of Drama and the Athens Conservatoire and he has attended various seminars and workshops of Greek and foreign teachers focusing on acting and dramaturgy.